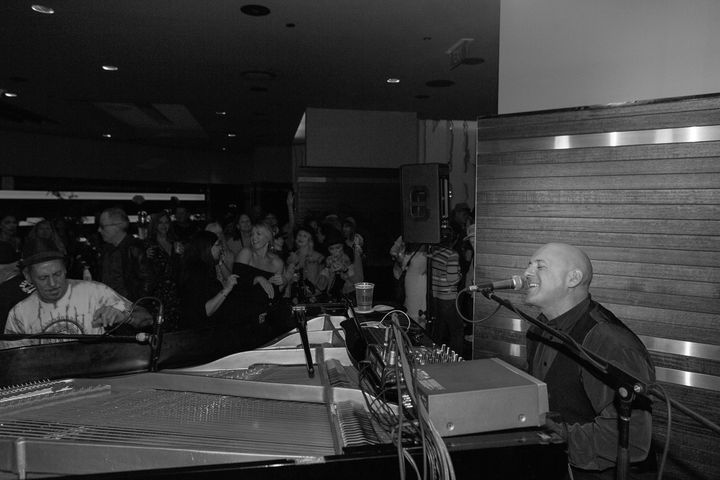 Steven Michael has been peforming for the Gold Coast for three decades and is still regarded as one of the best local entertainers. His skills as a pianist/vocalist are world class and as well as being a regular artist at Blues On Broadbeach and corporate events in major showrooms throughout Australia , this has also led him to perform overseas in both is own shows and also his Billy Joel Tribute Show which has performed in Hawaii, Papua New Guinee, Bali, and South Africa.

He brings an energy to the stage that has to be experienced to be believed and has been described as ” Playing the piano like he stole it!”. With the ability to read any crowd and a virtually endless song list everyone is guaranteed to not only hear their favourite songs played the way they should but experience a night to remember and will always be left wanting, just one more!!!

Bookings for dining in Alleys Restaurant & The deck